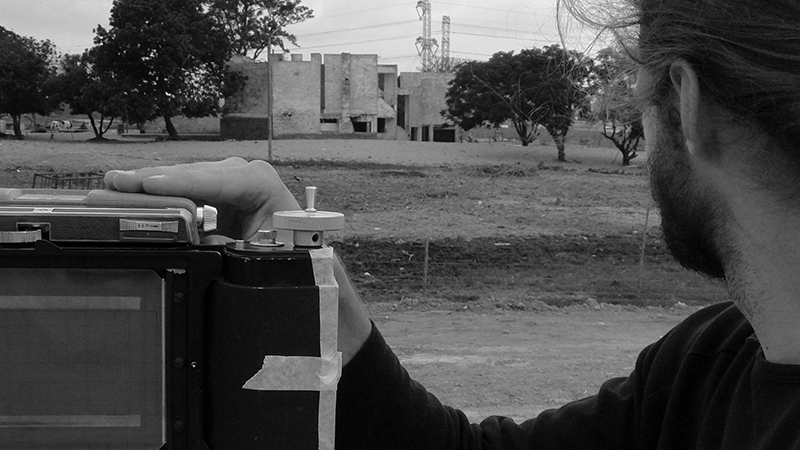 come, sit beside me
let us be still together
the table is laid

Petrus Maree is a South African artist living in Berlin. His primary media are oils and alternative-process photography. After graduating with a doctorate in law and pursuing a career in legal academia and consulting, he decided to reroute in 2016 to focus on making art; later that year, he exhibited his first photographic series, Pedestrian. His debut series of paintings, Threshold,  was released in 2021. Petrus’s work is concerned with stillness and sensitivity, solitude, collaboration as medium, and connection.

“Through my work I am searching for ways to look closely and to look with stillness. The search itself, in addition to the manner of looking, constitutes my practice. Simultaneously, I also extend an invitation to look closely, to look with attention, and to take the time to look with care. Therein, in looking closely together, I believe, lies the potential for collaboration and creative freedom.

I approach creativity as a meditative practice in line with the idea of solitude, as espoused by Rainer Maria Rilke. ‘In the vision Rilke offers,’ writes Lewis Hyde, ‘solitude is not merely a matter of being alone: it is a territory to be entered and occupied’. Thus, the making of each piece is characterised by patient and meticulous labour, without expectation or distraction.”

Petrus has no formal art training: he studied drawing and painting at the Stellenbosch Atelier under Fiona Metcalfe and Vivian van der Merwe between 2009 and 2015. He has been working as assistant to Christian Klant since 2017 and as studio assistant to Ruprecht von Kaufmann since 2018.